Work and repair costs must be increased first, that is, repair costs for the surface, solenoid valves, cylinders and other components will increase; the operating efficiency of the equipment is low, and production may be interrupted; all the equipment of the production line needs to be increased in capital. Add condensation, separation, sewage and other equipment; technical quality, especially for painting, sandblasting, pneumatic control systems, food, pharmaceuticals and other industries, due to the high moisture content of compressed air will directly affect the quality of goods. Therefore, it is definitely necessary to deal with the gas source. 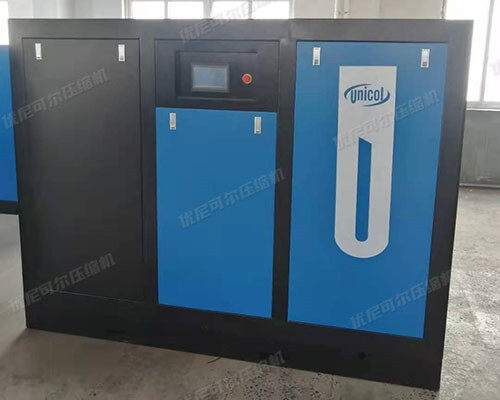 The air purification treatment equipment is mainly composed of a rear cooler, a fine filter (air-containing water separator), a dryer (adsorption or refrigeration), an active drain and sewage valve, etc. to form a complete system based on different technical requirements.

According to the rules of GB/T13277-91 "Compressed Air Quality Grade for Common Use" (equivalent to some of ISO8573 Part II), the moisture content of compressed air is divided into 6 grades, among which the pressure dew point of grades 1 to 3 is below -20℃. Adsorption is used. The dryer just arrived. Its typical application areas are: shooting film, microelectronic chip (level 1, -70°C), fine spraying (level 2, -40°C), powdered goods delivery (level 3, -20°C), etc.

Regenerative desiccant dryers (Regenerative desiccant dryers) through pressure change (pressure swing adsorption principle) to achieve a dry effect. Because the ability of the gas to contain water vapor is inversely proportional to the pressure, some of the boring gas (called regeneration gas) is decompressed and expanded to a large pressure. This pressure change makes the expanded gas more boring, and then let it flow through to be regenerated The desiccant layer (using granular activated carbon adsorption) (that is, the desiccant tower that has absorbed the moisture), the dry regeneration gas sucks out the moisture in the desiccant, and takes it out of the dryer to achieve the purpose of dehumidification. The two towers are operated in a cycle without a heat source, and supply dry gas to the user's gas system one after another. It provides a boring source of compressed air for pneumatic control, pneumatic surfaces, pneumatic components, and industrial air in various industrial processes in the chemical, light industry, telecommunications, petroleum, textile and other industries. It has a small size, simple technical process, and low investment. Easy to use and repair, active control, energy saving and other features.

Product gas dew point and regeneration energy consumption are the two major factors to consider when selecting an adsorption dryer. Generally speaking, the two cannot be taken into account, that is, to obtain compressed air with a low dew point, it is necessary to pay more energy costs.